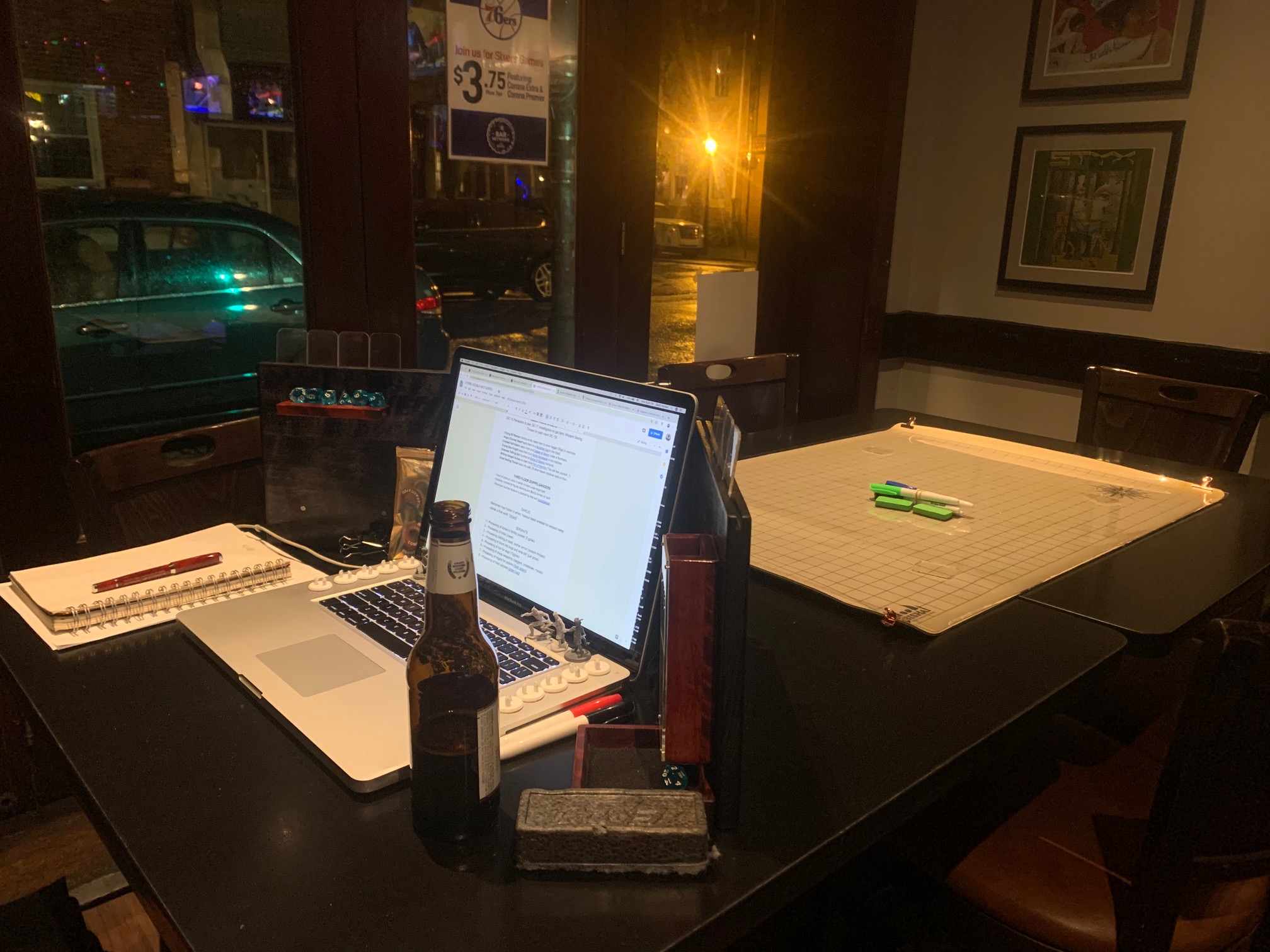 It was early March of 2020 and I was preparing for a table session for one of my groups. I’m a traveling DM and this one was going to take me about fifty miles away, so I was making sure I had everything packed neatly in my bag: Dog Might DM screen (plain black wood with cherry tower and tray), a half-dozen sets of dice (Chessex, mostly, with a few indie brands and an all steel set), Axe N Shield acrylic risers (acrylic risers, brand new, never used), and, of course, loads of colorful gummies in an incredible array of shapes and flavors. A MacBook Pro laptop, Anker Soundcore bluetooth speaker and Abishai Battle Grid completed the ensemble. I had my routine down cold, and could easily carry everything at once with a free hand for somatic components (i.e. opening doors) if I needed it.

At that time, whispers of the pandemic had just started becoming TV anchor declarations, and like many folks I knew, I was kinda wallowing in denial. I continued to operate as usual until the texts started flying in with everyone agreeing that we’d better call it off. Shortly after, the group chats for my other groups started singing the same shitty song. It was time to accept that the idea of in-person D&D was going to be rolled up inside a scroll case and tucked inside a dark crypt until further notice. There was talk of sitting tight until the summer. I could do that. I figured I’d use the down time to prep into oblivion, and get moving on my music and candy projects.

As I write this, it is September 2nd, 2021 and I haven’t seen my players faces in 18 months. Actually, that’s not true. I’ve seen quite a few of them via Roll20‘s VTT but y’all know how it is; playing D&D online is great for things like beautiful maps with wicked tokens, and digital dice interfaces that are so sophisticated they lend rolls the same sense of drama that real dice do. I also use GarageBand, Syrinscape and web browsers hooked through Loopback cordless routing for vocal effects and music. There are dozens of D&D digital tools at my fingertips like donjon and the Forgotten Realms Wiki, with no fewer than sixteen tabs open in each of two separate browser windows for random tables and other quick searches so it’s hard to complain about the lack of real table time.

I’m going to do it, anyway. In prepping for my in-person session I had to pull out my collection of paper maps and instead of having the perfect environment for my combat encounter, I am going to be forced to improvise over what I have and make it work. I’m also going to have to build that little wooden boat I purchased but never got to use when I get to the location, which means arriving extra early so it can be a surprise to everyone. Then it’s going to be lots of gummies in Gobz™ Stands instead of delightfully realistic portable network graphics of whatever monster combination I want, stretched just a little bit bigger to eek out more fear. What’s more, there are going to be people all talking loudly and all at once but in that way where you can actually hear them without delay so role play actually feels natural and not like a Zoom meeting where you’d rather die than speak out of turn. And all of that means we’re going to blow through six to eight hours of playing a game the way it was meant to be played as day turns to night and not one of us is going to know where any of that time went. So, yeah, you’re damn right I’m going to complain about losing eighteen months of that shit ’cause it hurt, man.

I’ll still have my laptop, the players will still be using their DnD Beyond character sheet apps and the music and SFX will continue to flow but it’ll be the icing, not the cake. The cake will be everyone paying attention and not looking at another screen or running to pull the dog away from the cat. The cake will be rolling in our dice trays—mine in secret because I’m the dungeon master, motherf*cker–showing off our Hero Forge minis that have been collecting dust on our shelves, and laughing our silly asses off because the rest of the world is nowhere to be found. Damn, I missed this. I know my players did, too. We kept things rolling (so to speak) and I have all the companies, products and links I posted here to thank from the bottom of my cold, shadar-kai heart but there’s just nothing like the table. We can “beat ’em and eat ’em” at the table, and this upcoming session will be the first time I’ll be using the finished product of my stands instead of a bunch of 3-D printed prototypes. I am very excited for this cake, friends.

I’ll be doing a little photo shoot of the stands, as well. I can’t wait to see them propping up the gummies in a standoff against the mighty heroes. Pretty soon, it’ll be my very own gummy designs they’ll be staring down. It’s all so crazy and wonderful, playing these games, inventing this stuff, being with friends. You know it, I know it, we all know it. Don’t let anyone tell us different. 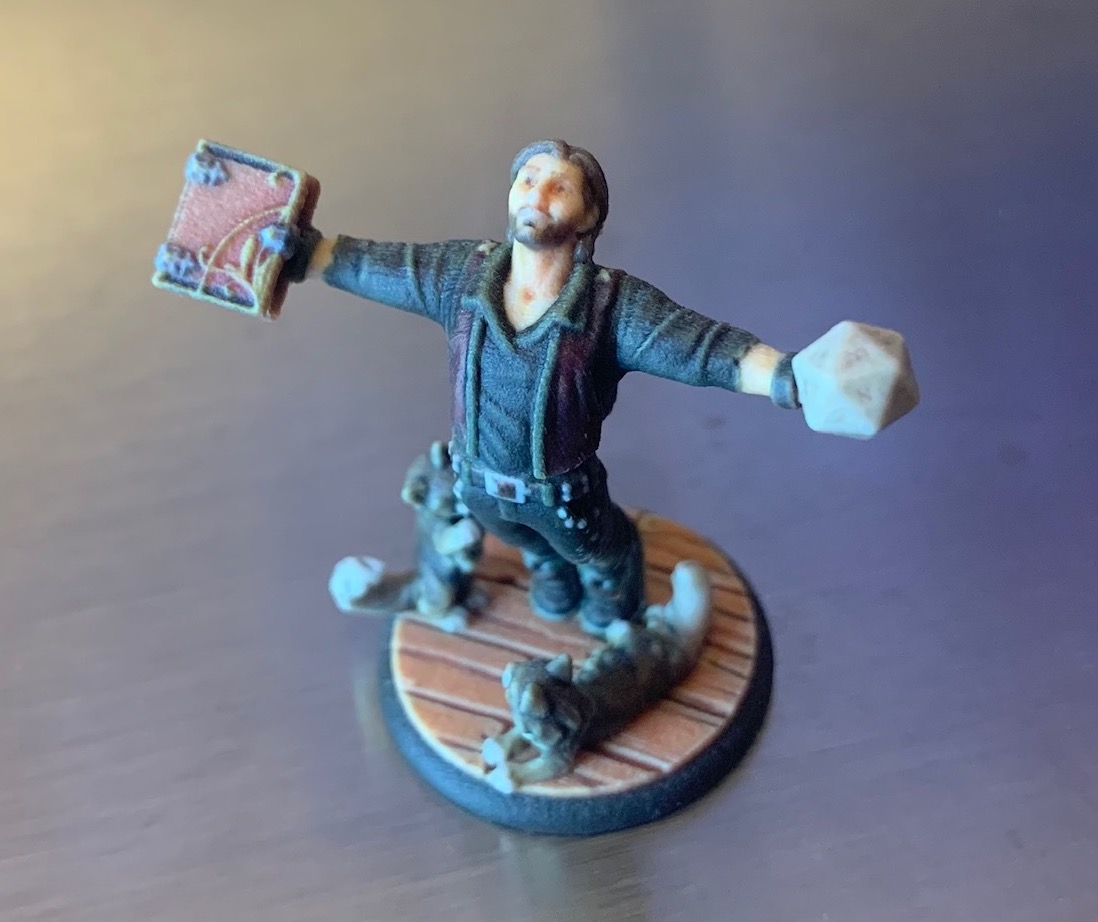 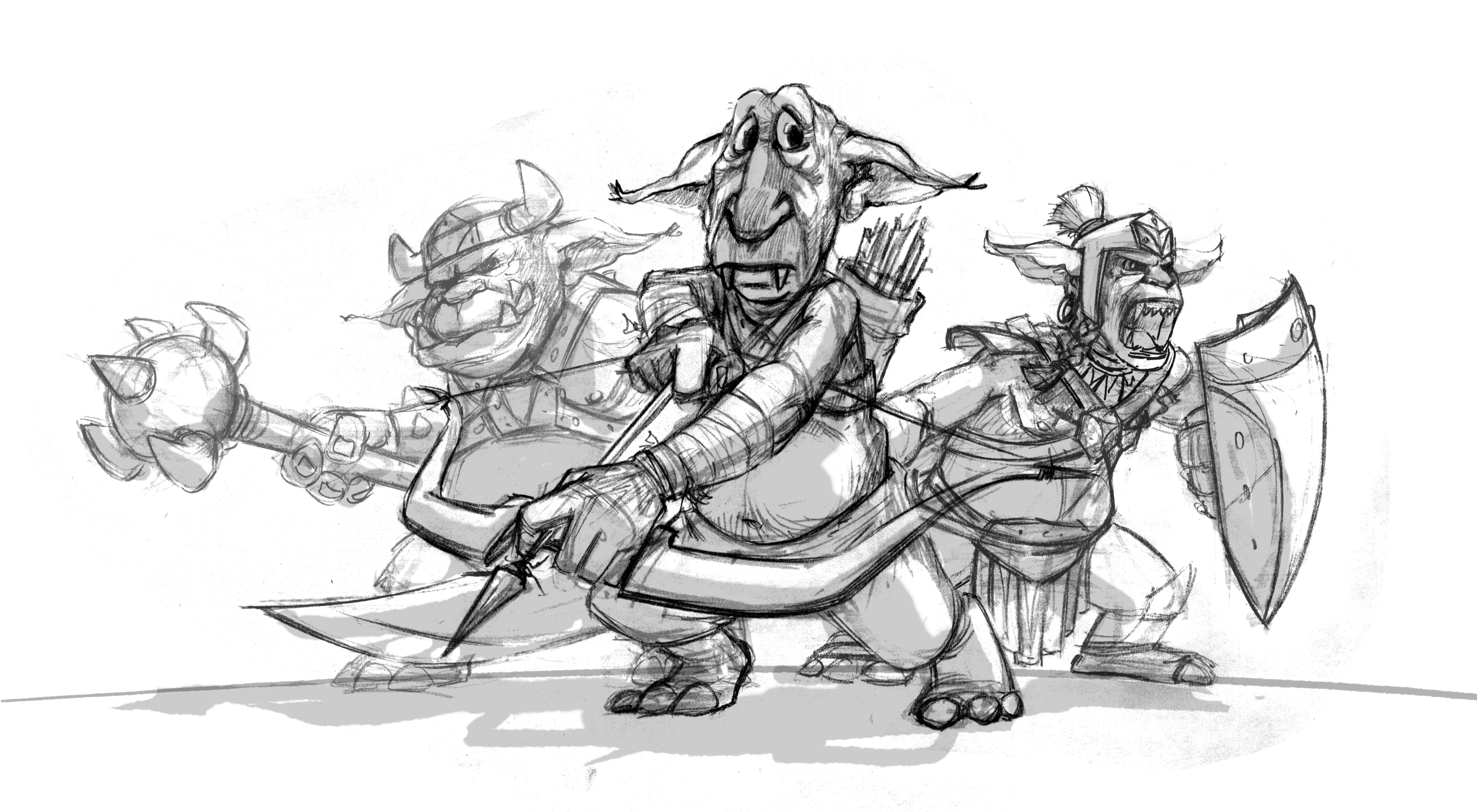 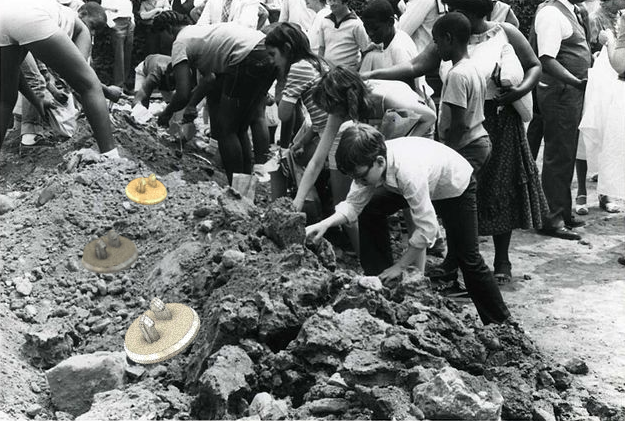